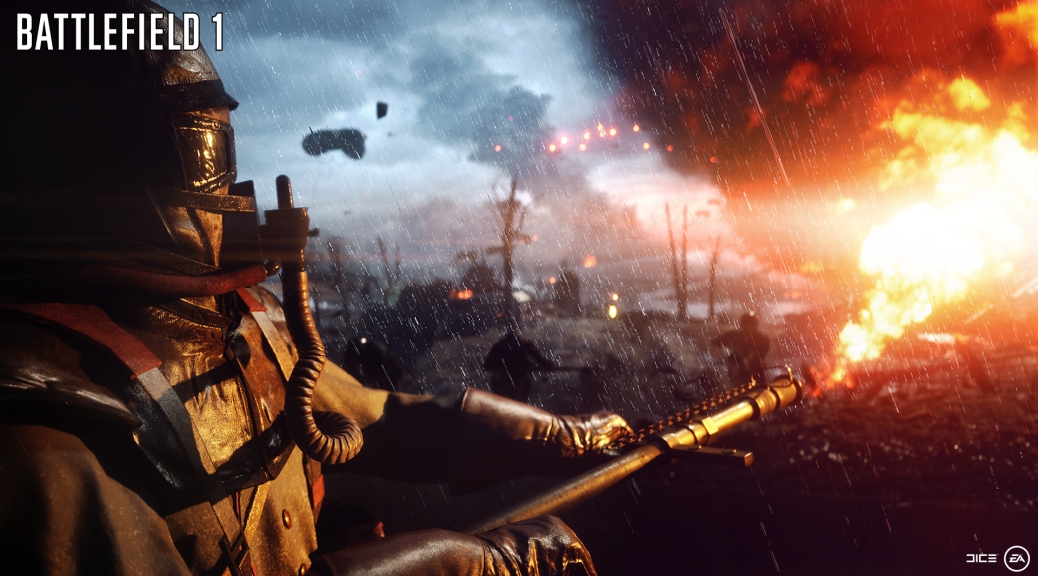 EA and Dice have finally unveiled the long awaited Battlefield 1, which is stepping back into the WWI era! With Activision taking a step further into the future and introducing space travel, DICE has taken some steps back and giving us a fresh take on a genre many of us have started with.

Along with the brand new trailer we got a look at a couple of editions to the game. If you would like to play the game 3 days earlier, the Early Enlister Deluxe Edition will be available for all platforms on October 18 for $79.99 and will include extra vehicles, weapons and emblems including the Red Baron Pack, the Lawrence of Arabia Pack, and new visual appearances for three large vehicles — the Frontline Camouflage Train, the Night Raid Airship, and the Dazzle Camouflage Dreadnought.

There is also the $219 Collectors Edition which features:

Battlefield 1 will be playable at E3 next month and will be released on October 18th on Xbox One, PlayStation 4 and PC.